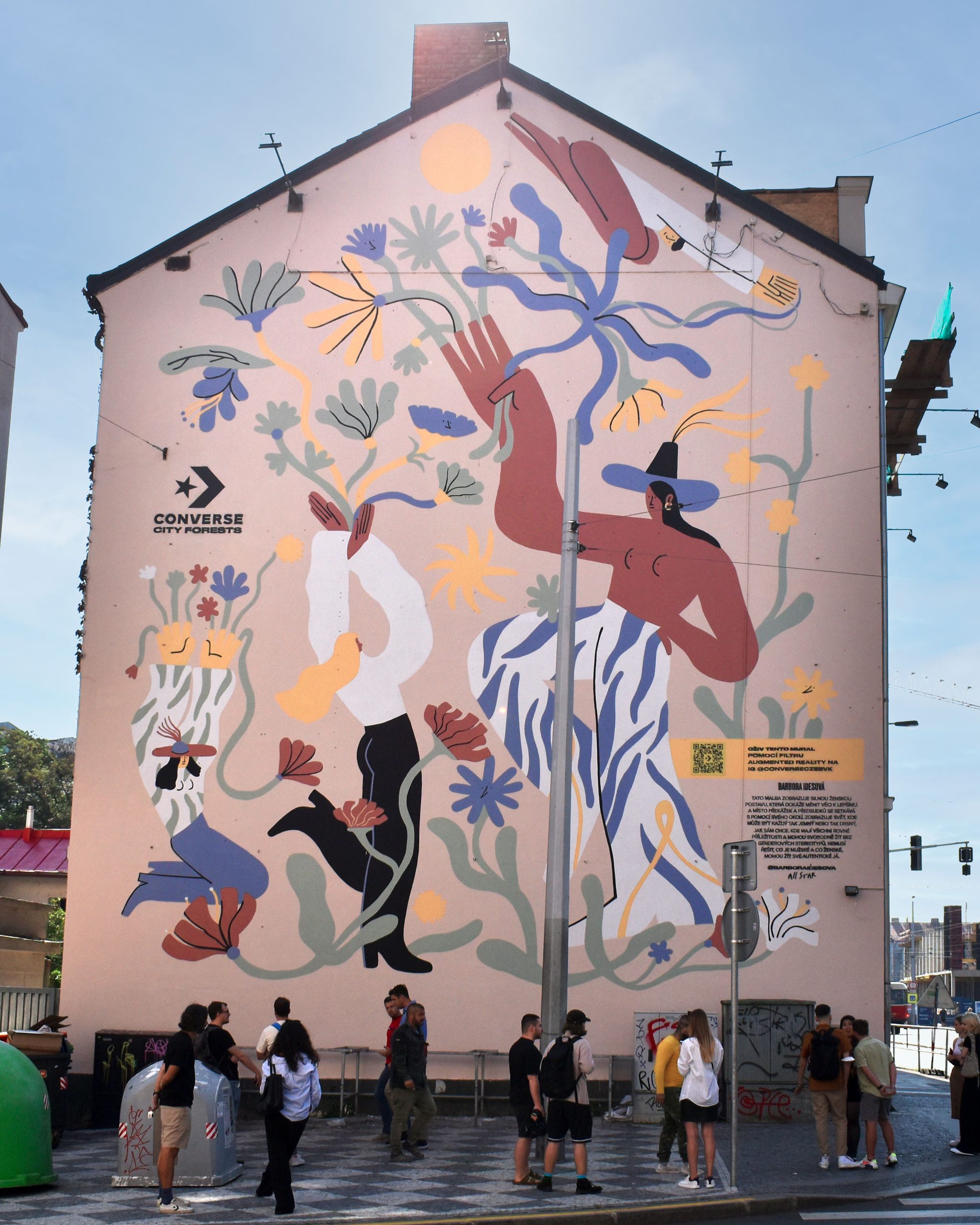 This mural depicts a female character, who got the power to change things for better in her hands. I wanted to give center stage to a womxn, a strong powerful character, who is her authentic self. She is an unbothered, happy, magic being, planting a better future. A future, where all people are equal, regardless of their gender, sexuality or race.In the last years, we have seen inspirational girls and women, fighting for important causes like social justice and the environment. They are still confronted with a lot of bias and have to make themselves tough, to survive. But I want to see a world, where anyone can be as gentle or as tough, as they want to be. Having equal opportunities and living freely without the gender stereotypes of what is masculine and what is feminine. And coming together to build a better world for all living creatures. That is why I really love the idea of a mural that not only gives artist space for presenting ideas, but also does something for the environment. I also incorporated that in the motives of plants. These three characters depicted, cooperate, and plant the good seeds of change.
The large-format painting was created as part of the worldwide Converse City Forest project – a series of murals around the globe designed by creatives to bring awareness and spark conversation around issues in their communities. It was painted with paint that cleans the air by folks from Graffneck.Thank you Friendly Friends for inviting me 🙂 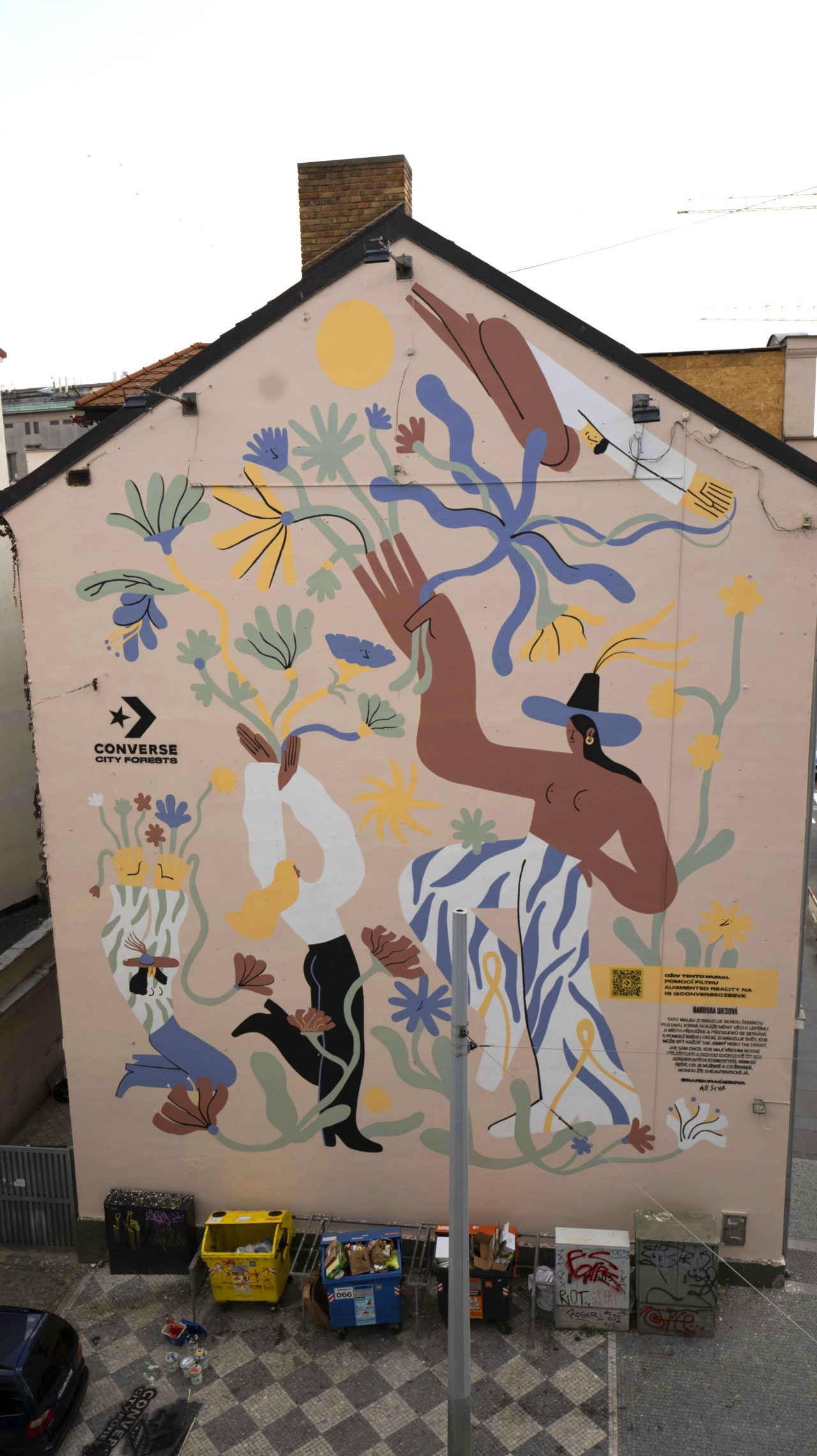 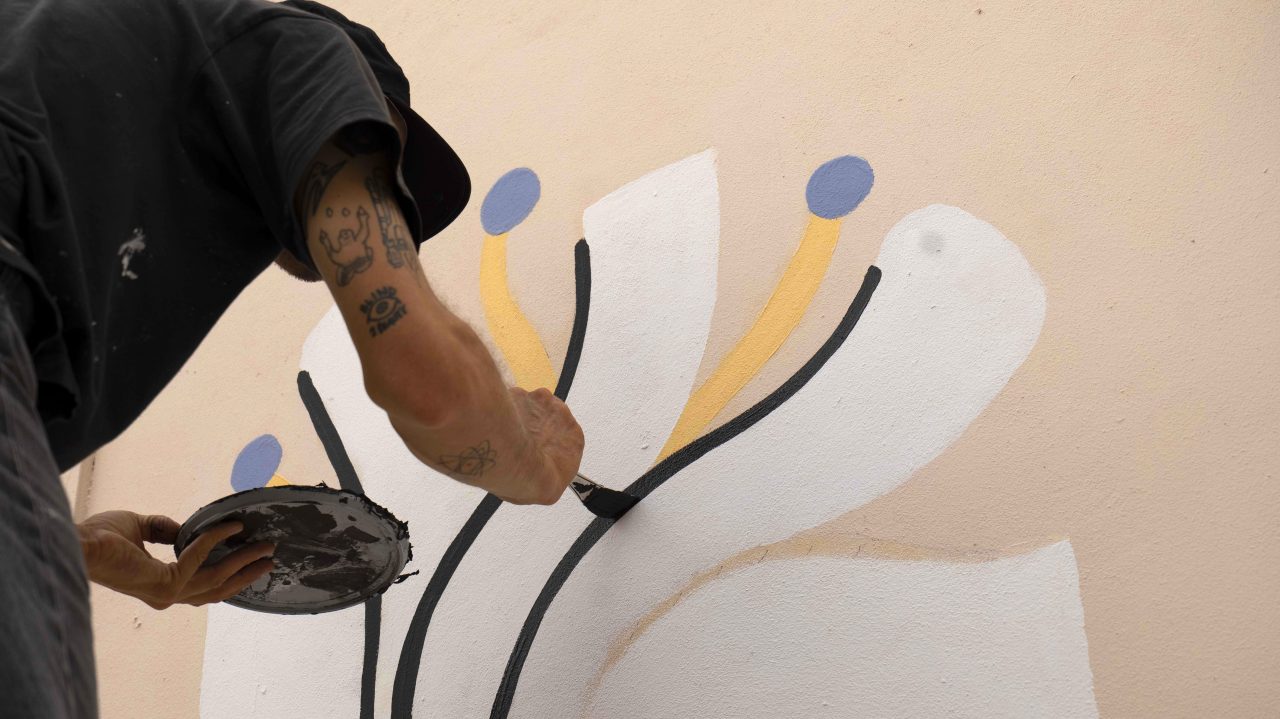 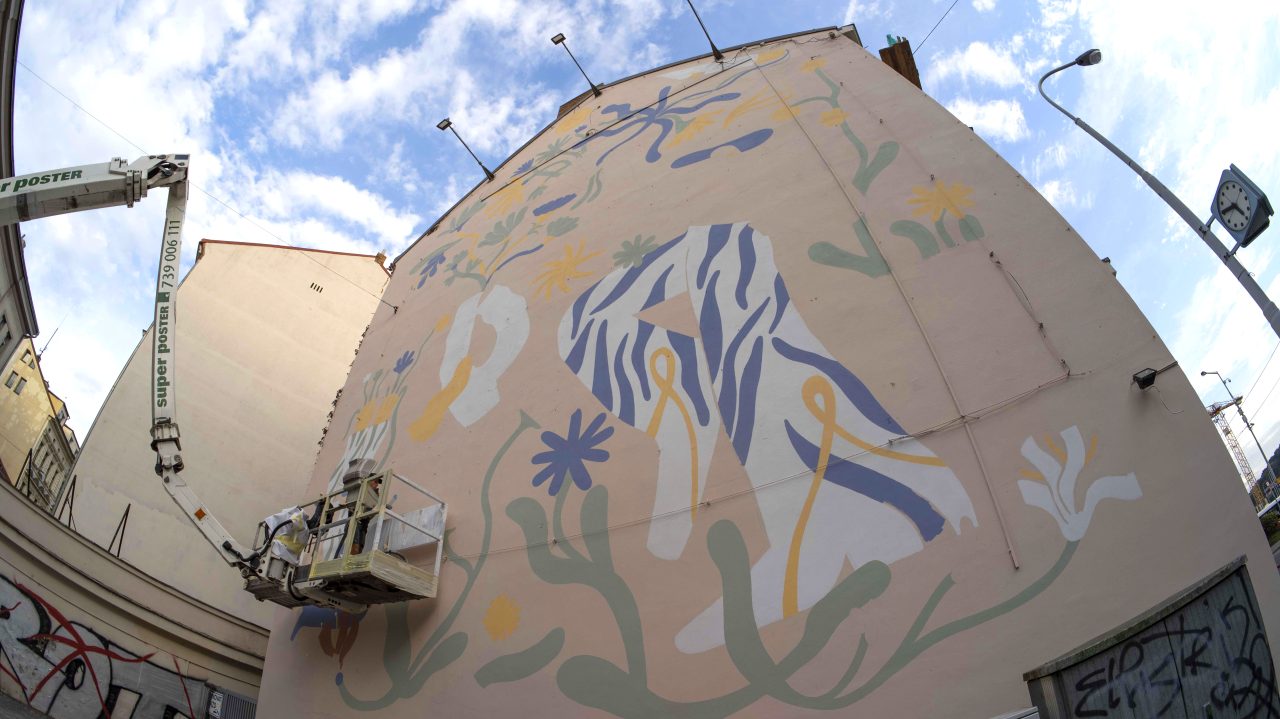 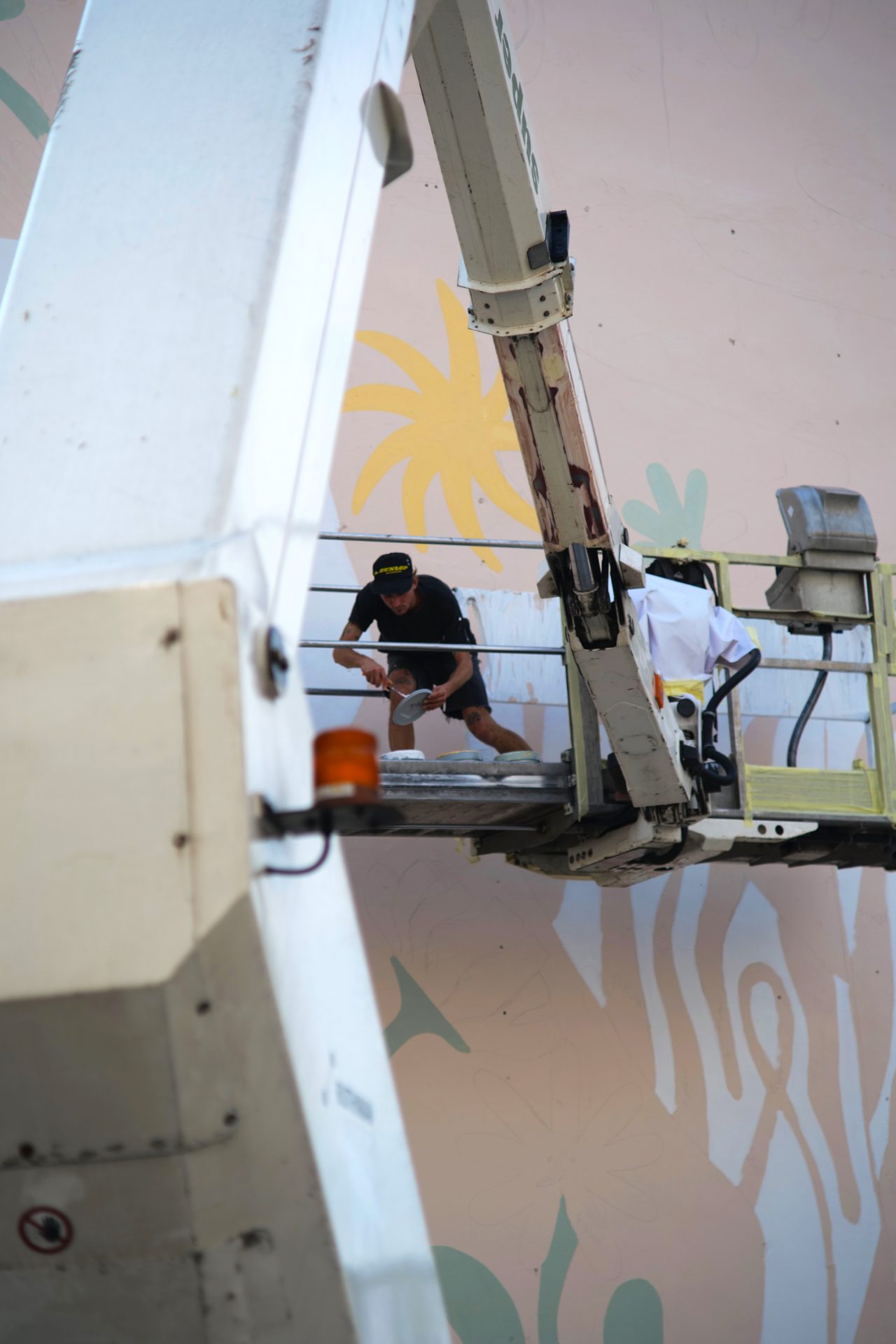 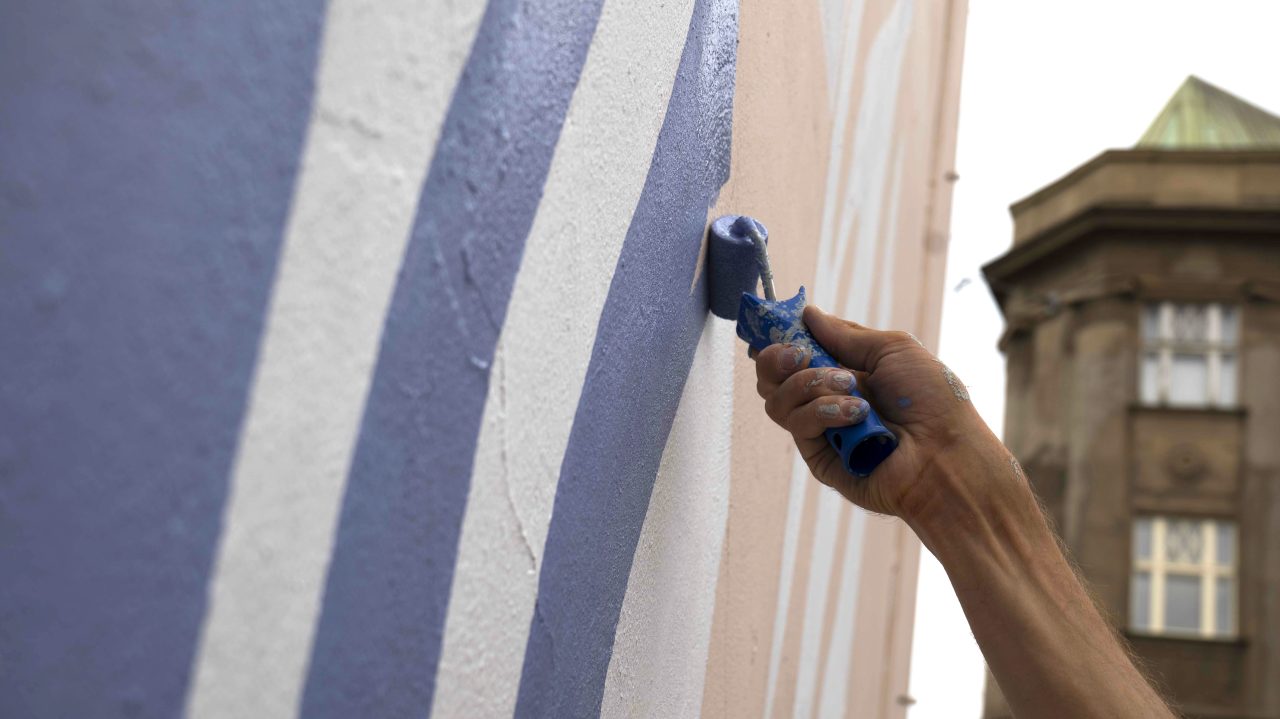 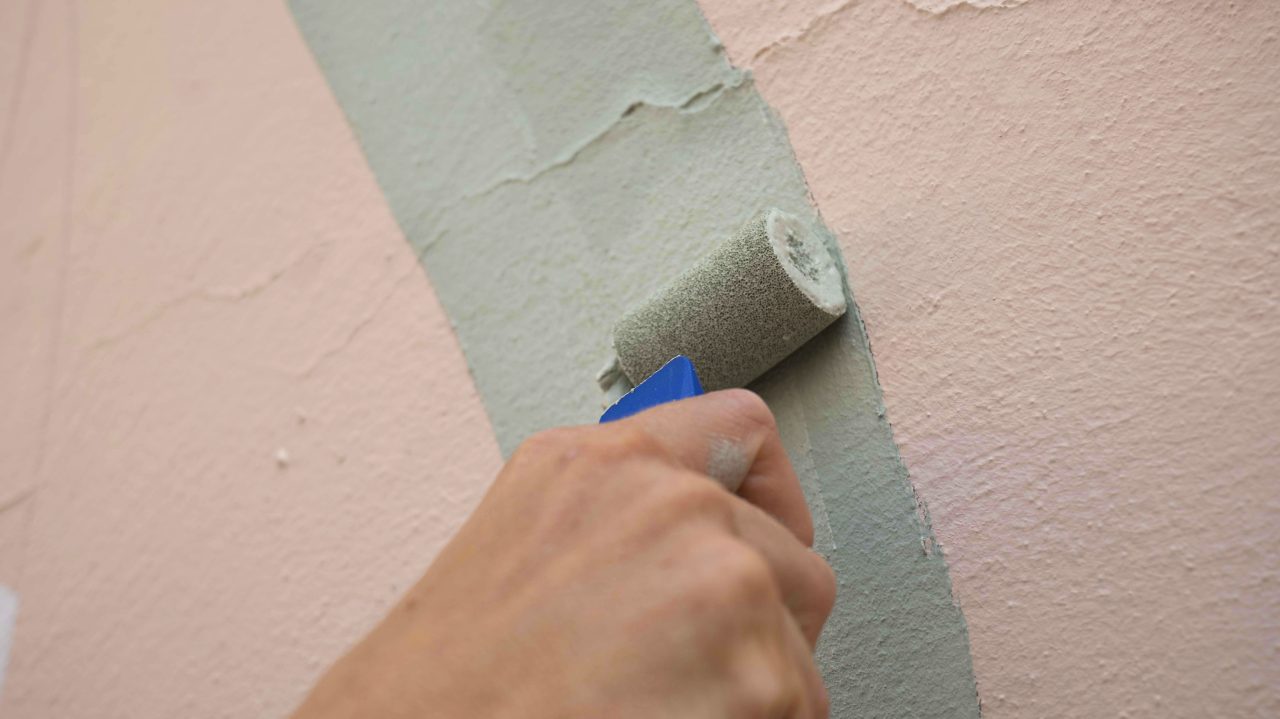 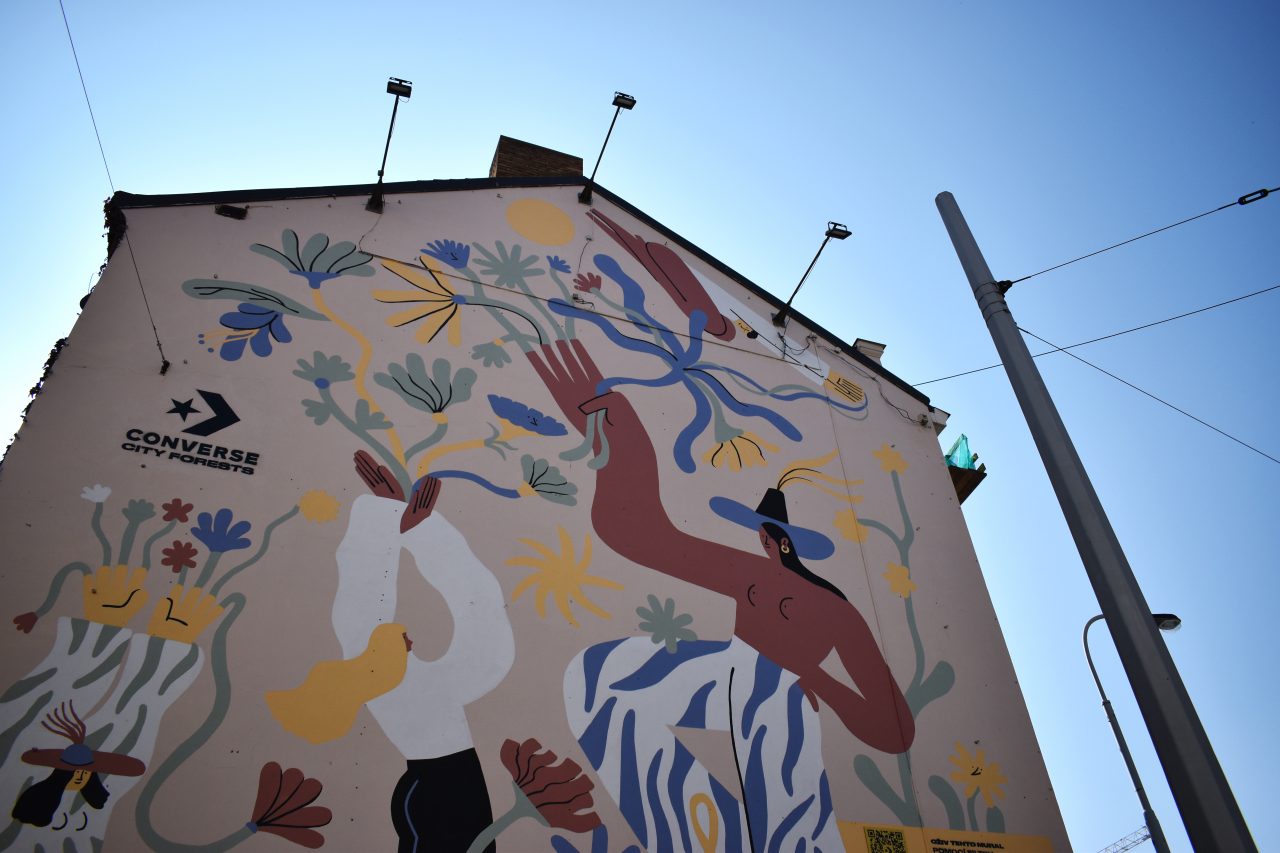 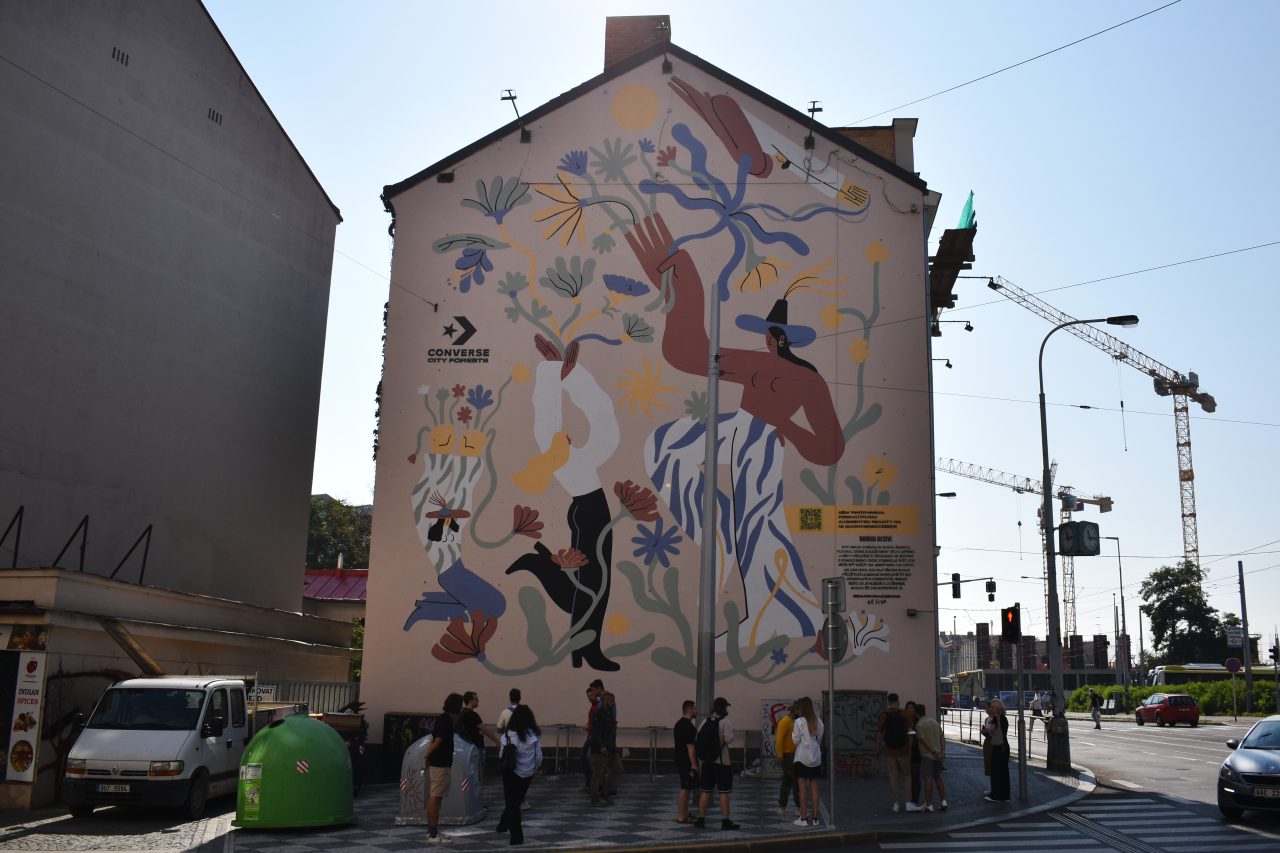 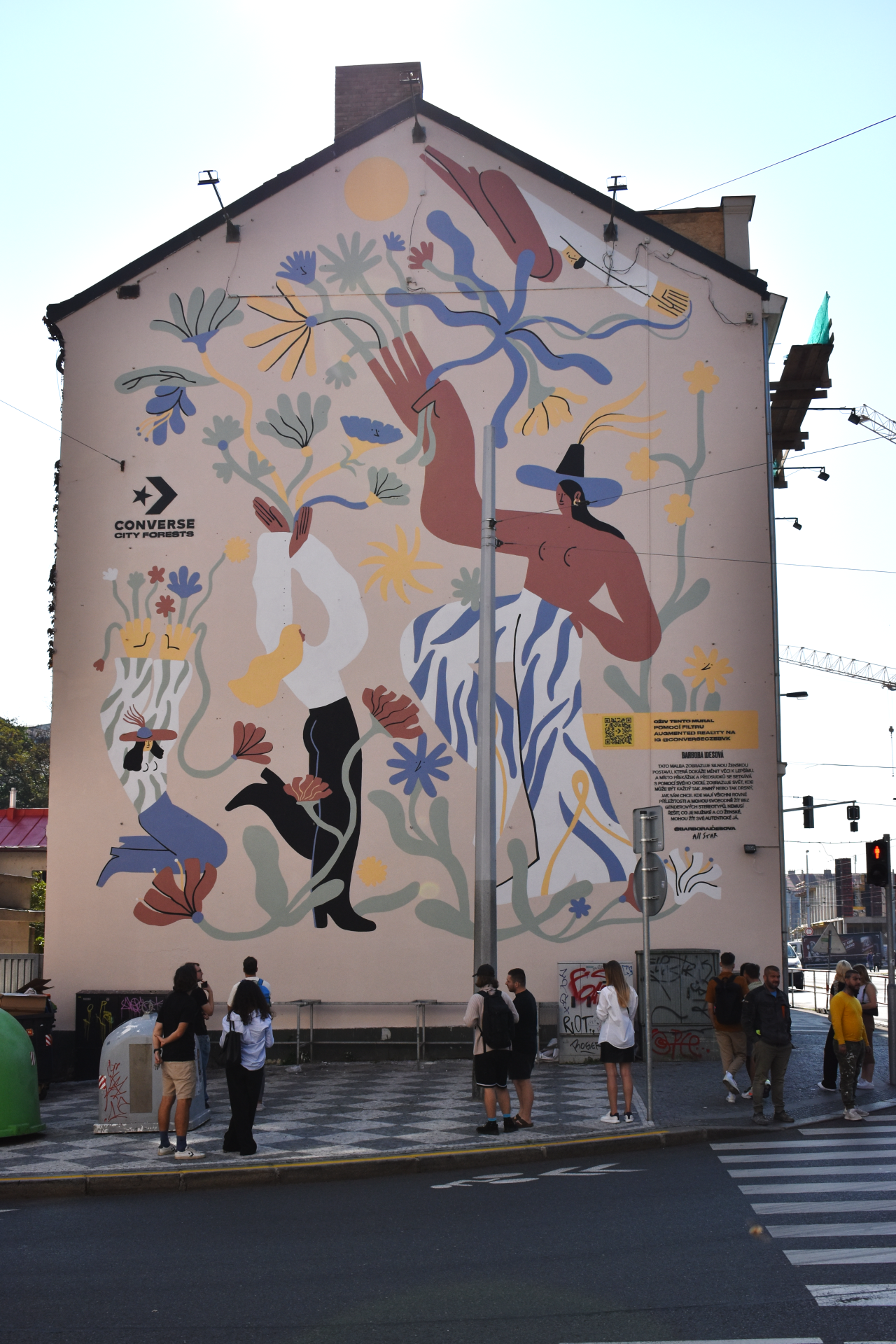 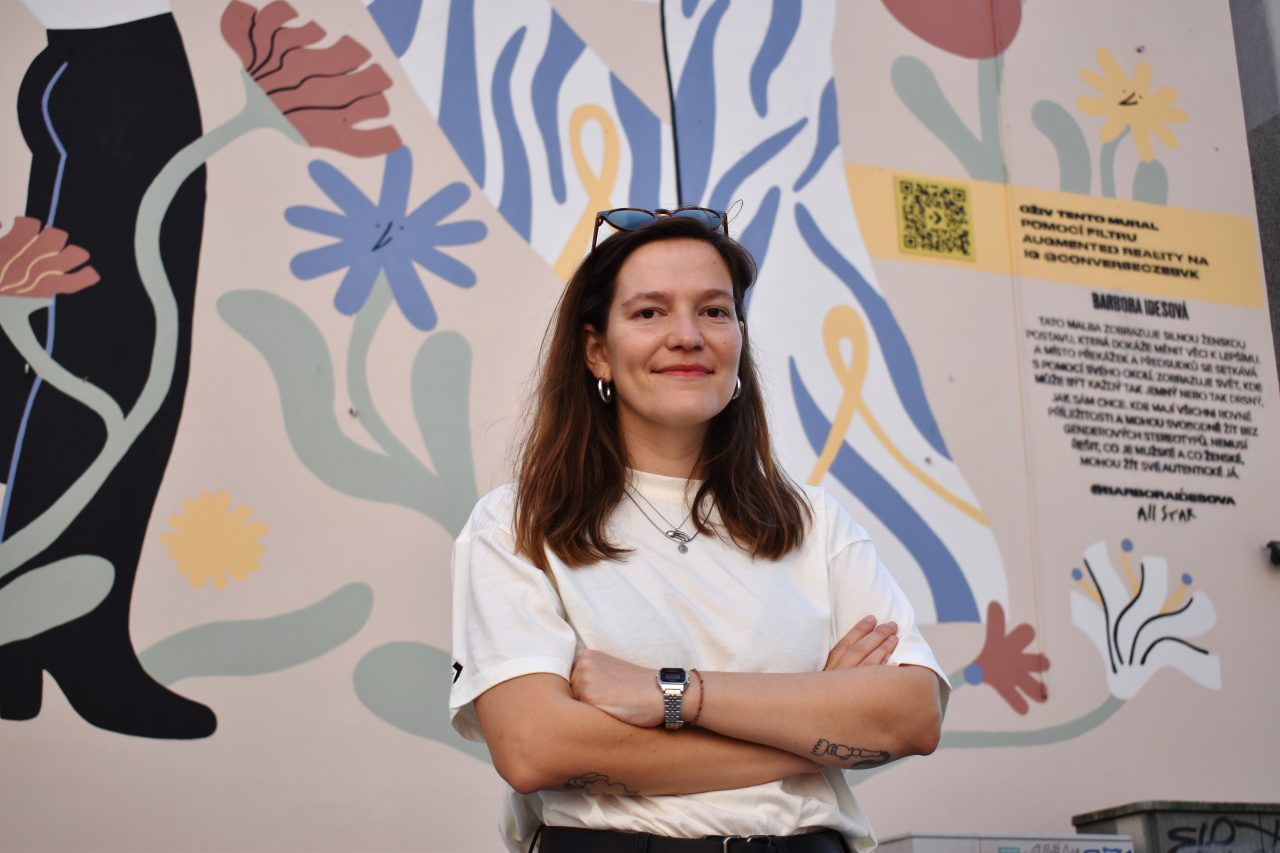 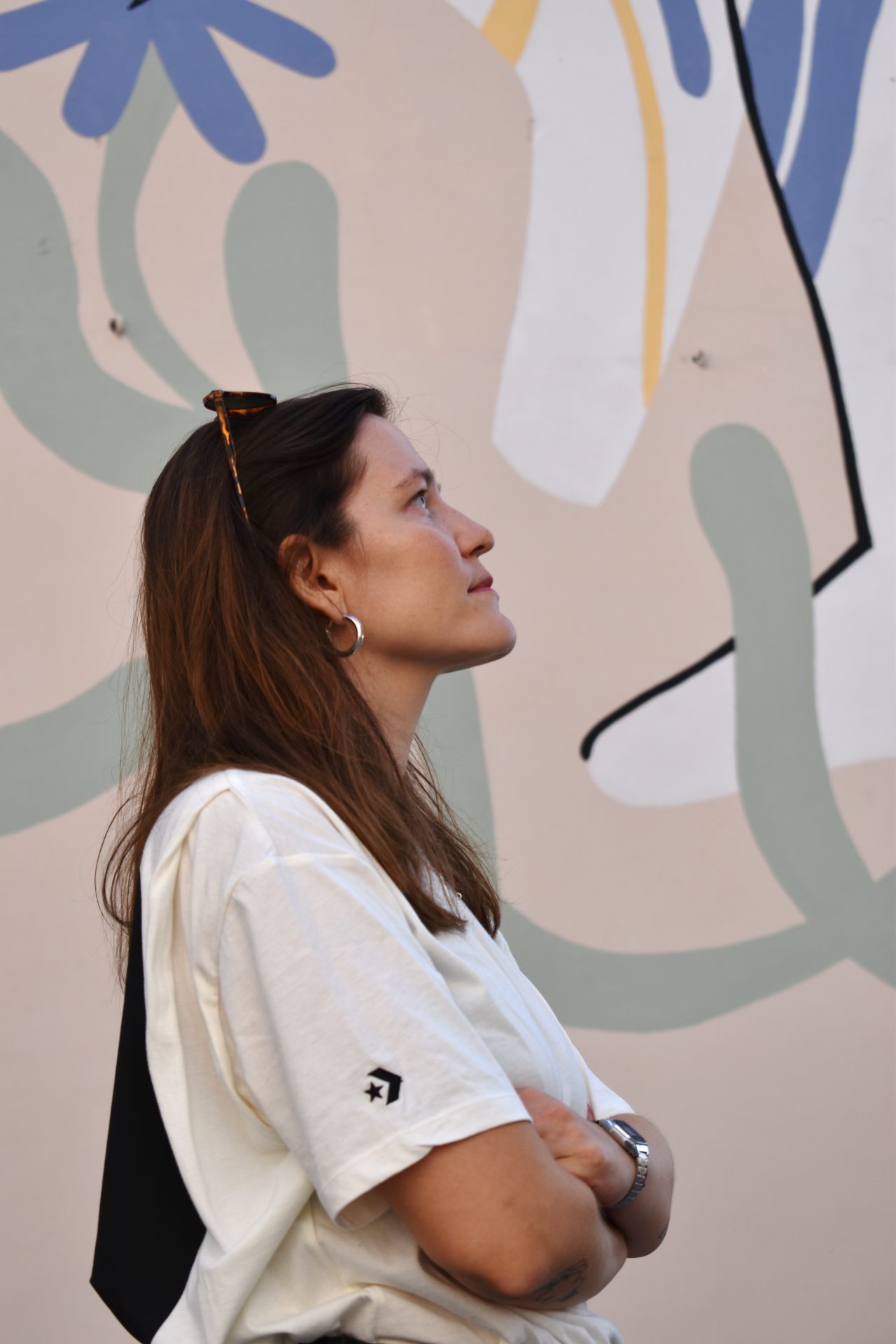